Others
37 Logan Morrison
Posted by musicfan87 at 9:47 AM No comments:

Rant-y in-house dealings
Didn't really write much last month, eh? Someone hit me with a nasty flu that I've been dealing with for the better part of the last two weeks... as well as the holiday season, family, some legal matters, etc, etc. What I'm getting at is, there's more coming in the following months. Other than my gift exchange I didn't get any card related stuffs from the holidays, but I did score a Zelda themed Wii-U, a few games(New Super Mario Bros. U, Super Mario 3D Land - LOVE the cat-suit, Wind Waker Wii=U HD remake, A Link Between Worlds), and the usual socks/sweaters from the extended family. Now if this nasty cough would go away...

Card related stuffs
So this happened. Yes, I like to send Bip packages - I guess Scott Crawford didn't warn the Night Owl.... 1, 2. Three other people got near-Christmas Eve timed card packages, most with similar Bip-age(Bippage?).  I won(!) a NFL box from Topps on the twatters - look for a post about that soon enough. Also got a nice package from Fernando again, which I need to send him his pile at some point... Mentioned in the extremely(!) knowledgeable ClassicMNTwins' blog. Found several clips on Youtube with old All-Star games, portions of 70s games, as well as the oldest, fully-preserved game video, from 1967 featuring the Twins/Red Sox season ending series. Killer, Carew, Tovar, Tony-O... Ugh. That should have been our year(or you know, 2006. M&M boys, Cuddy, Cy-tana, Bradke, Kubes...).

No box shots. Probably should have gotten one, but I was too excited to crack it open. The first thing I noticed, was the address was from someone whom I had just sent a much-delayed package completing a previous trade. In explaining he stated that the huge stack of 1991 Fleers would have given it away, as that was going to be part of our next trade... 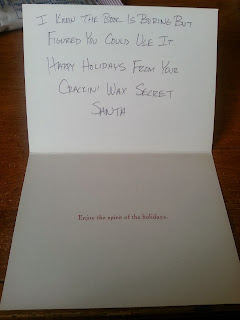 A nice card, and most certainly not boring! 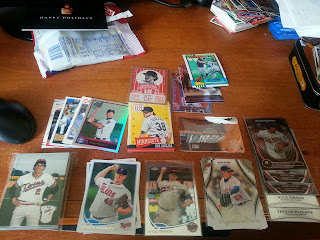 Ignore my mess on the desk, especially those sunflower seeds(read, crack). Brief stacks to show the singles. Between GN and NorCalCollect, I completed Topps Update this year without buying any. :D. Thanks guys! 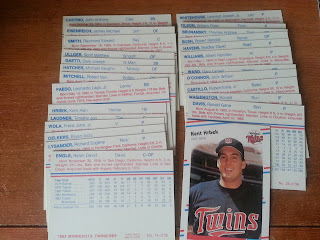 I had never seen this team-issued set from 1983, but I think I know where 1988 Fleer stole their color design from. :D. 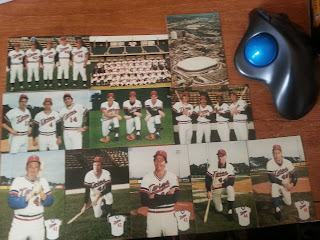 Coaching staffs, team photos, Metrodome, my mouse... Love the first year coach card of Tom Kelly. I was excited I would finally have a player card for Kelly in Twins jersey, but was "disappointed" when the back said coach. Still searching for my first player-TK card. 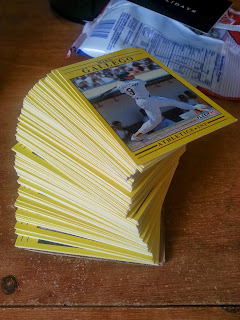 The 1991 Fleer stack mentioned earlier. As the Twins won the series that year, and 1987, I've always wanted the complete sets from each of the major brands. I vividly remember these from when I first started my collection in the early 90s. This set and 1990 Score really stood out as a youngster.
*Takes a step off some of your lawns*... 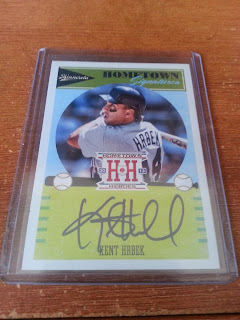 The real highlight for me, my second certified Kent Hrbek autograph. Included in the set was a near complete Panini Hometown Heroes team set, which at some point I might grab a box. I really like the throw back retro 70s/80s design. 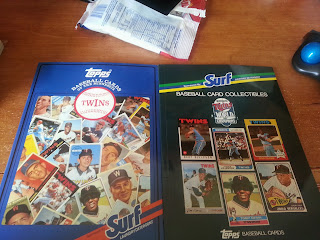 Also in the package were these from 1986/87 - I've been meaning to pick these up from Amazon at some point. In addition to ancient coupons(though no expiration!) for Surf, the books also include pictures of nearly all the Twins cards for each year 1952 to print year. I noticed a few missing, namely leaderboard cards, cards with father/son or flashback/forward inserts, and playoff cards. Still really cool! 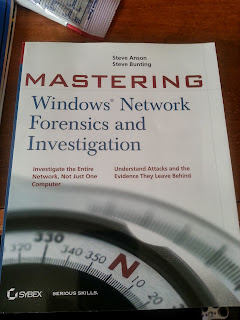 This guy... Knowing my @user is Rootlinuxusr, sends me a Windows networking book... Though I do find this stuff interesting and so far it's a good read. Still though.

NP: Do I Wanna Know?

While looking for the previously mentioned 1989 Upper Deck ® or ™ cards, I noticed a lot of the Oakland and Minnesota cards shared background players of each other. Photo album below. None of them appear to be in Minnesota, leaving a four game set June 24th-26th, with a double-header on the 26th, and September 19th-21st. Interesting, that the double-header features two players that share Oakland and Minnesota players on the card. But first, one of my favorite back of a card photos. Señor Smoke, Portugal, and Jim Wynn #48(?). 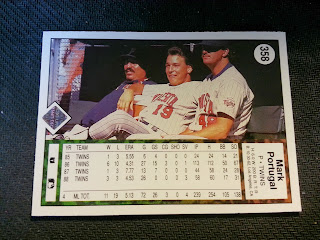 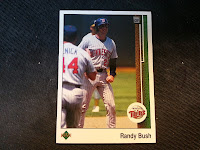 Third base coach Rick Renick, an ex-Twin himself, just inside the frame of Randy Bush - with an Athletic in the background. 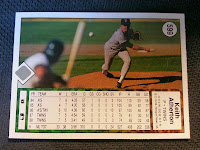 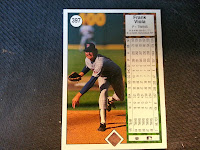 Oakland's fence in the background? Not sure, need to do more research or consult Ben again. 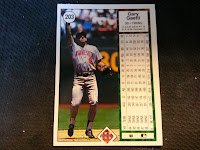 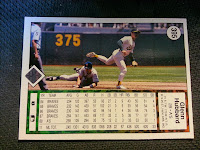 
I think that's #18, Paul Sorrento, again some debate on Twitter... 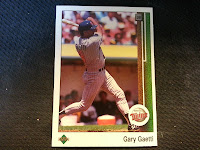 Great shot of the Oakland bench. 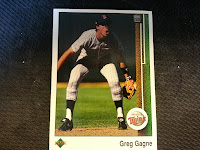 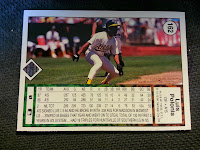 Cant tell if this is an umpire, or a player. Pants look umpire, shirt doesn't look like the ump blue... 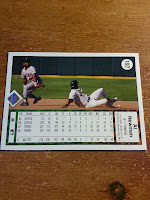 Edit: Almost forgot this one. Yet another Oakland/Minnesota photo...


Here's two from the same set that disprove my theory that all the A's/Twins photos were taken on the same day. In particular the Uribe looks like spring training... 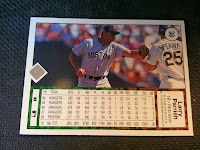 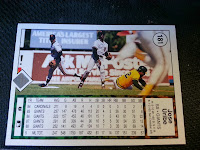